Blog
You are here: Home1 / Blog2 / Excel Anesthesia3 / Blog4 / Missouri In The Lead For Dead Last: The race for last among states re:... 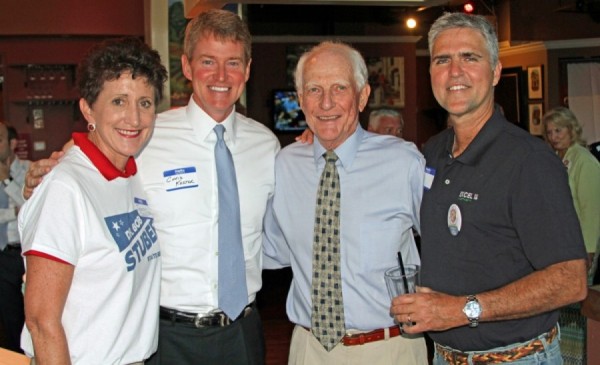 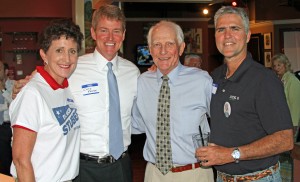 According to the  Commonwealth Fund, an  independent, private  foundation that provides  comparative data related  to 38 health indicators  and state response to  national health policies      and initiatives, Missouri ranks a heartbreaking 44th overall. This is an overall decline from the 2010 report where Missouri ranked 33rd (Commonwealth Fund, 2013)

The reasons are simple and easily correctible.

First: There are not enough physicians applying to practice in rural Missouri. This is not uncommon in other states throughout the nation. Most states, including all immediately surrounding Missouri have adapted to this crisis and legislatively passed statutes that allow Advanced Practice Registered Nurses (APRNs) to practice to the full extent of their training and education. This education includes both a Bachelor’s degree in nursing along with a Master’s or Doctoral Degree in their chosen specialty practice, as well as several years of clinical training and oversight beyond those years of experience as a registered nurse. These APRNs have been competently fulfilling the health care needs of these areas and have done wonders in making up for the shortages of providers.

You might wonder why this is? The answer is very simple…it is called money, power, and greed. A few weeks following a well attended fundraising event sponsored among others by the Missouri Nurses Association for the benefit of electing District 34 Mo Senatorial Candidate Dr. Bob Stuber, a vicious, slanderous, deceitful E-mail was written and circulated by Warren E. Hagan M.D., President, Buchanan County Medical Society. The credentials Dr. Hagan included in this E-mail were those included in his official elected capacity as the President of the Buchanan County Medical Society of which all participants were sent a copy. In the E-mail Dr. Hagan accused the nurses of “anarchy” for supporting a candidate, (Dr. Bob Stuber who is also a fellow physician) who believes in furthering Missouri citizens’ access to health care by encouraging legislation allowing APRNs to work to the full extent of their education and training.

Although most physicians would agree that the restrictive APRN scope of practice requirements in Missouri need to be revised in order to match those of the surrounding states and the need to adapt to the increasing patient population/ physician shortages; there are a FEW who continue to erect roadblocks by falsely claiming patient safety concerns (while studies support the opposite) and other various scare and bully tactics in order to “hold on to their turf”: “turf” that NO physician really wants as evidenced by the shortage in those areas. Apparently the rational is, “its better for patients to have NO access to healthcare than access to care administered by an APRN”.

The solution according to the incumbent candidate for Missouri Senate, Dr. Rob Schaaf devised and passed in the 2014 Missouri legislature session was to create a new category of physician provider called an “Assistant Physician”. Instead of lifting/revising cumbersome, outdated restrictions on highly qualified and competent Missouri APRNs who were already positioned, experienced, skilled and ready to practice in their specialty, he decided to promote an entirely new category of provider with virtually no professional clinical experience simply because they had the designation “physician”. A medical school education is an extremely rigorous and demanding program, and anyone should be proud to complete it. But medical schools do not design their curriculum for their graduates to hang out a shingle and see patients the day after the degree is conferred. Medical schools prepare their graduates for residency-a three or four year period, equally rigorous and demanding-where they then learn the complex and delicate art of caring for patients. The latter cannot be taught only in classrooms.

Nonetheless, the Missouri politicians (Senator Schaaf and Rep. Frederick) justify creation of this new “assistant physician” (a made-up title confusingly similar to the respected and well-credentialed “physician assistant”) as a strategy to address the shortage of primary care in many areas of their state. While the shortage is a problem that should never justify compromising patient well-being and safety. An ill-trained, ill-prepared provider can do more harm than good, prescribing dangerous medications, misdiagnosing serious illnesses, and threatening life and limb. Errors and misjudgments are too common even among veteran physicians, much less a green, new grad. It’s not fair to these aspiring young physicians to put them in a position to do harm, and it’s certainly not fair to their patients.

Schaaf’s bill passed and managed to escape veto allowing newly graduated medical students who have been denied acceptance into residency programs and have not passed all of their exams, to provide direct patient care in these Missouri rural areas with marginal oversight….. “Are you kidding me?!! Most young adults graduating from medical school, although highly educated, have no experience, which is why they complete residencies. Without residencies they have little to no experience personally starting IVs or taking blood pressures, let alone taking care of patients with OSA on CPAP, angina, CRF, COPD, HTN, diabetes, CHF or, heaven forbid a combination of co-morbidities without a seasoned physician overseeing their care!”

Our company, Excel Anesthesia works with hundreds of physicians every day. We are very proud to work as a team with our physicians and CRNAs and respect the educated minds of both physicians and APRNS. We believe the contribution of all is essential to the care of our fellow citizens and the key to improving access to care here in Missouri; ranking 44th is not only unacceptable, it’s a crime of abandonment. It does not benefit anyone to disempower those educated, trained, and capable of performing health care services in order to better promote one person’s or professions’ selfish gains. It must stop NOW!

Sadly, this vocal minority of influential physicians including Dr. Hagan and incumbent Senator Rob Schaaf are making Missouri policies and laws with their own special interests in mind. But it’s the Missourians who are suffering the consequences.

We CAN Make a Difference! We have the opportunity to remove Dr. Schaaf from office!

Here is How: 1. Register to Vote