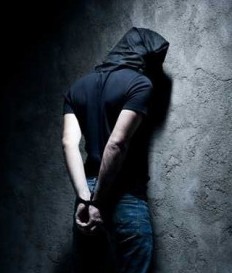 Nearly 300,000 working MISSOURI adults will spend another year locked out of access to affordable health care because their income level places them in a coverage gap. WHY?
Because two men are obstructing the path to Medicaid Expansion and holding Missouri Hostage!

Missouri had a path to Medicaid expansion this year. The governor and the state’s leading business groups wanted it. All of the legislature’s Democrats and a growing number of Republicans supported it. Retired U.S. Sen. Kit Bond, a Republican, lobbied tirelessly for it. But, Missouri would not expand Medicaid eligibility this year. Not while Missouri Senators Rob Schaaf and Kurt Schaefer were standing in the way. [1]

MEDICAID EXPANSION- what is it and why don’t we have it???

Today, many low-income adults who are not offered health insurance through their job are not eligible for Medicaid and have few, if any, affordable coverage options. The Affordable Care Act fills these current gaps in coverage by expanding eligibility to millions of Americans previously ineligible, including, for the first time, adults who are childless and do not have disabilities. But in order to take advantage of this benefit, individual states would have to participate and Missouri has so far refused to do so. Beginning in 2014, the Affordable Care Act extended Medicaid coverage to all individuals between ages 19 and 64 with incomes up to 133 percent of the federal poverty level, or $14,856 for an individual and $30,656 for a family of four (based on the 2012 federal poverty level).

For example, an uninsured 55-year old woman with no children who is a server in a restaurant that does not offer insurance could qualify for Medicaid under this new coverage group if she earns less than $14,000 in a year. Children are currently and will remain eligible for either Medicaid or CHIP (Children’s Health Insurance Program) at higher income levels based on the eligibility standards already in effect in their State. New federal matching rates will provide 100 percent federal funding for newly eligible individuals for three years (CY 2014 – 2016), gradually reduced to 90 percent in 2020, where it remains permanently. This increase in federal support for the Medicaid program will result in savings for States. [2]

As it stands, Missourians (over 300,000 citizens) who’s salaries are at this level make too much money to be eligible for Medicaid and can’t afford the insurance premiums currently being offered. It is these people who fall into the coverage gap.

WHAT IS THE ECONOMIC IMPACT TO MISSOURI?

The University of Missouri School of Medicine, published a report entitled The Economic Impact of Medicaid Expansion on Missouri prepared by the Department of Health Management and Informatics and Dobson DaVanzo & Associates, LLC, Vienna VA, that gives summary as follows [3]:

Cost of Medicaid Expansion for Missouri

This means that from 2014-2020 the Federal Government could have funded Missouri in excess of 8 billion, paying 96.1% of the cost of this expansion while Missouri would have to pay 3.9% or 332.9 Million. Following 2020, the federal government contribution would drop to 90% leaving Missouri responsible for 10% of the cost. This might seem like a lot but when you review the actual overall economic impact this plan generates as summarized below you will see that it ACTUALLY equates to billions in benefits for Missourians in overall job growth, tax revenue, and reduction in individual and group premiums while enabling all to acquire affordable health care.

Current Impact of the Uninsured Population on Missouri

Cost Shift: A cost shift occurs when some payers underpayhospitals and other health care providers relativeto the costs of providing care. These costs maythen be passed on to private payers in the form ofhigher premiums.

SO WHY DOESN’T MISSOURI HAVE MEDICAID EXPANSION?

Why would these senators oppose such a plan? Schaefer has his political sights set on the 2016 attorney general’s race. Since winning re-election as a moderate two years ago, he has swung sharply to the right and it is now all about GOP primary voters. For him, it is all about his personal ambitious goals and the means for attaining them. While on the other hand Rob Schaaf, the Republican senator from St. Joseph is a non-board certified family physician with a long-standing disagreement with the Missouri Hospital Association and harbors an outspoken contempt for people in need of government help. [1]

As a member of the House, Schaaf took the lead in blocking a proposal to expand Medicaid eligibility with a tax paid by hospitals. He memorably referred to helping low-income people afford health care as “economic slavery.” Yet in 2008, Schaaf played a key role in negotiations that could have helped pay insurance premiums for thousands of low-income Missourians. That plan, championed by then-GOP Gov. Matt Blunt, fell through when Schaaf insisted on including measures that hospitals opposed. [1]

Fast-forward to this year, a Republican from Kansas City, North, Sen. Ryan Silvey, pushed fiercely to get the Senate to consider Medicaid expansion this year. He adroitly pointed out on the Senate floor that Schaaf had been willing to expand access six years ago, and said the hospitals were willing to agree to some of Schaaf’s previous demands to get Medicaid expansion this year.

WHAT CAN MISSOURIANS DO TO GET MEDICAID EXPANSION?

Any road to Medicaid expansion next year may have to run through Schaaf’s petty grudges and Schaefer’s lofty ambitions unless Missourians show up to vote. [1] Although Schaefer has two more years remaining in his term; Rob Schaaf’s Senate seat is up for re-election this November. Competing for this Senatorial seat is Dr. Bob Stuber, who has been a strong advocate for Medicaid expansion. He believes as most do, that all Missourians have a basic human right to affordable healthcare and has spent many years voluntarily donating his time and medical services to help those in need. A few self-righteous men in the Missouri Senate should not be allowed to hold Missourians hostage. Vote for Dr. Bob Stuber for Missouri Senate- District 34 on November 4, 2014.