Until Medicaid expansion actually takes effect, non-disabled adults without children are not eligible for Medicaid in Missouri (MO HealthNet) regardless of how low their income is, and parents with dependent children are only eligible with incomes that don’t exceed 22 percent of the poverty level.  Do you know what 22% of the federal poverty level (FPL) is? For those without a calculator handy, I’ll do the math for you: Anyone making less than $2,833.60/year for a single person. Since Missouri only allows households with dependents to qualify, a family of 2 must make less than $3,832.40/ year or $319/Month in order to be eligible for Medicaid.  Only Texas and Alabama have lower Medicaid eligibility caps, at 18 percent.

Republican lawmakers blocked Medicaid expansion funding from reaching the Missouri House floor on Thursday, posing a setback for the voter-approved plan to increase eligibility for the state health care program.The House Budget Committee voted along party lines not to pass a bill allowing Missouri to spend $130 million in state funds and $1.6 billion in federal money to pay for the program’s expansion. Under the Affordable Care Act, the federal government picks up 90% of the tab on expanding Medicaid.  Republicans sited cost as one of the biggest reasons for the obstruction.   Let’s take a closer look at this flawed rationale.

Missouri citizens rightly recognized this for what it is: A serious health crisis.  In August of 2020 Missourians did the right thing by joining 38 other states that had voted to approve Medicaid expansion.  The amendment was approved by a margin of 53.2 to 46.7 percent allowing Medicaid to expand eligibility to people between the ages of 19 and 65 as long as their income is at or below 138 percent of the federal poverty level. In other words Medicaid  in Missouri will now include single folks making less than $17,774.40 and families of 4 making less than $36,570.  The expansion was estimated to cover  230,000 Missouri individuals and has a July 1 deadline for implementation.  Sounds great right? Well …not quite. Although the amendment was approved by a majority of the voters, legislators are now refusing to fund the Program-effectively saying the voters don’t know what’s best.  Without passing a bill that outlines funding, the plan cannot be expanded.

Missouri’s history of missing out on billions in federal funding

In states that expand Medicaid, the federal government paid the full cost of expansion through 2016. Starting in 2017, the states gradually started to pay a share of the expansion cost, but the states’ portion according to federal statute, would never be more than 10 percent. Because of the generous federal funding for Medicaid expansion, states like Missouri that rejected it missed out on billions of federal dollars that would otherwise have been available to provide healthcare in the state.  And they are continuing to miss out on added revenues. A University of Missouri School of Medicine study in 2012 concluded that Medicaid expansion would be highly beneficial to the Missouri economy and its citizens by increasing jobs, increasing tax revenue from newly employed citizens, and increased gross state product (GSP).  These increases in state revenues over the 2014-2020 years were estimated to net  1 billion dollars  in revenues over expense. But Missouri legislators apparently didn’t read the report.  Consequently, in June 2014, the Missouri Economic Research and Information Center announced that healthcare job growth in Missouri had slowed considerably since 2012, and was falling behind compared with states that had expanded Medicaid. Healthcare is the state’s largest employment sector.

From 2013 through 2022, Missouri was projected to give up $17.8 billion in federal funding by not expanding Medicaid. That number will end up being a little lower, however, since Medicaid expansion is or was expected to take effect at some point in 2021. Apparently now, it is not up to the voters and instead is in the capable hands of Mo legislators who think they know best.

Urban and suburban voters in Missouri largely approved the Medicaid expansion, as did nearly a third of the rural voters. Without the roughly 102,000 rural voters who supported the amendment in August 2020, the Amendment would have failed.  However, Republican state Representative Sara Walsh cited the amendment’s low support among rural voters as a reason to oppose its funding.  State Representative Ed Lewis said that opposing the bill also makes sense considering that the 53.2 percent of voters who approved the expansion don’t amount to a majority of either the state’s eligible voters or its population.  If that’s the argument why would these same votes be considered a majority for winning legislative candidates? I don’t follow the logic..do you?

What happens if  Missouri legislators refuse to fund the Program?

Missouri’s Medicaid program does not currently cover most adults without children. Only the disabled, children and parents with incomes under 18% of federal poverty level — less than $5,800 a year for a family of four — are eligible. It is one of the lowest eligibility thresholds in the nation. The expansion will allow adults earning up to 138% of the federal poverty level to be covered. This expands eligibility to those families of 4 to $36,570.00.

Hospitals in Missouri that treat uninsured patients have been especially hard-hit, as their federal disproportionate share hospital funding has started to be phased out (it was supposed to be replaced by Medicaid funding) and the uninsured rate has remained higher than it would have been with Medicaid expansion in place. As a result of Missouri’s decision to opt out of Medicaid expansion, hospitals in the state were projected to lose $6.8 billion between 2013 and 2022. Refusal to fund the program will force more rural hospitals to close.

The August 2020 vote was a citizen mandate in which many Republican citizens supported. Republicans enjoyed the overwhelming majority of the elected candidates which is a clear indication these voters supported the expansion amendment. As such, these Republican constituents will view their winning  legislators’ opposition to the expansion as a betrayal of their vote. The COVID-19 relief bill recently signed into law contains $1.1 billion in funding specifically allocated towards expanding Medicaid. The federal funds could also help the state’s rural hospitals and healthcare industry.

What is the real reason for legislator opposition?

Although Republicans have cited the cost, many have long resisted expanding Medicaid in Missouri, likely due to the corresponding federal requirements to provide women’s health care resources such as contraception as a condition of federal funding.  Across the capitol this week, a conservative effort to block Medicaid from paying for certain contraceptives has stalled approval of annual funding for the entire program. Late Tuesday night, Sen. Paul Wieland, Republican, amended a routine hospital tax bill that helps pay for Medicaid by inserting a provision that prohibits the program from covering “Any drug or device approved by the federal Food and Drug Administration that may cause the destruction of, or prevent the implantation of, an unborn child.” Some oral or implanted contraceptives could fit that description. Federal regulations require all insurance to cover contraceptives, with religious exemptions. A separate rule requires Medicaid programs to cover family planning services but does not explicitly spell out contraceptives. Missouri law already prohibits Medicaid coverage of abortion except in cases where the mother’s life is at risk.

In Missouri, Gov. Mike Parson opposed the expansion but said he would move forward with implementation after passage of the ballot question last year. It is difficult to see how he will manage that when Budget Chair, Cody Smith, Republican has been busy separating money from Parson’s proposed $34 billion state budget, signaling his intent to obstruct Medicaid funding efforts. Smith has also cut $245 million of general revenue spending from Parson’s proposed budget, including some money for new mental health centers. In the latest failed Medicaid funding bill attempt, nine Democrats voted for funding and 20 Republicans, including Smith, voted against. Missouri Secretary of State Jay Ashcroft commended Smith and committee vice chair Dirk Deaton, Republican on a Twitter post, for their “commitment to fiscal responsibility.” According to KC Star reporting, Deaton stated the following in defense of his opposition, “It is to give free health care, government health care to able-bodied adults who can do for themselves.” I would like to know who he is appealing to with this ridiculous argument: It’s certainly not the Republicans who voted for Medicaid expansion back in August of 2020.

My two cents-(for what it’s worth)

Although Medicaid expansion has been approved by Missouri voters, and Governor Parsons has expressed he would implement it-it won’t move forward without passing a bill designed to fund the program and Republicans are refusing to do it.  The majority of the funding is available now through the COVID Relief bill and state budgetary allocations-if you can pry it away from Budget Chair, Rep. Cody Smith. Funding Medicaid expansion is critical for Missourians. Missourians expressed their approval when the amendment passed with Republican and Democratic support. Missouri state legislators were elected by these people and can just as easily be removed through the same process.  I wonder if Representatives Sarah Walsh, Ed Lewis, Cody Smith, and Dirk Deaton will consider that the 53.2 percent of voters who could vote them out in the next election, will then amount to a majority of  the state’s eligible voters or its population? We’ll have to wait and see.  In the meantime, you can click on their name and send them an email if you think it will help. 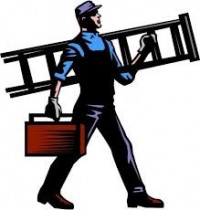 Help us end the Pandemic! Get Vaccinated!
Scroll to top