What the Politicians aren’t telling you.
Written by Jean Covillo 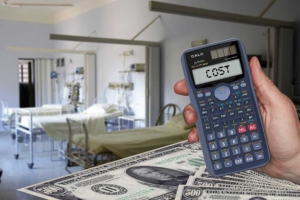 The US healthcare system spends more dollars than any other developed country yet ranks the worst in healthcare outcomes. According to a study conducted by the Commonwealth Fund, which regularly ranks healthcare systems across the world’s 11 most developed countries, the US is also the worst performer. Not only has the US spent significantly more than other developed countries at 16.6% of GDP compared to 10% GDP for every other nation, it has done so consistently for the past twenty years all while life expectancy is continually declining. David Blumenthal, president of the Commonwealth Fund states these findings are due mainly to a lack of insurance coverage, administrative inefficiency, and under-performing primary care. 1

Although these points are valid, they do not include any discussion related to the 800-pound-gorilla-in the room, PROFIT. Profit derived from the big private insurance and pharmaceutical industries is a critical underlying root cause of the healthcare crises we face today. The money generated from these companies is used to fund political campaigns effectively shaping and influencing critical health care policy making decisions.

No good can result from a dynamic where profit holds priority over our ethical responsibility to provide societal health care and yet that is what is happening with large “for-profit” insurance and pharmaceutical companies who through their large political contributions, set the price and conditions associated with health care with little regard for the needs of the patient or that of the provider. The truth is that the costs associated with the overall healthcare “pie” are being divided up in a highly inefficient, disproportionate and frankly unethical manner with profits and administrative costs gobbling up the Lion’s share.

Aside from these profits, studies show administrative costs currently account for 30% of the total healthcare dollars spent in America. 2

This is twice the amount being spent by Canada. It is interesting to note that only 15.9% of dollars spent is associated with the actual hands on care administered by the doctor to the patient.3 Yet ongoing efforts to reduce overall costs are primarily focused at lowering reimbursement to hospitals and physicians, all while administrative work continues to increase, i.e. billing, contract negotiation and increasing requirements associated with quality care outcome measure submission and documentation.

Although most would agree that universal healthcare is critically needed, any plan that is to be successful in achieving this goal must first focus on preserving the primary resources utilized in its provision (the physician) while eliminating unnecessary costs associated with profit and administrative costs. This paper will examine the real cost associated with physician salaries, why Medicare for All is not a viable economic solution for the country as a whole or for physicians, and offer ideas and methods already being utilized in successful, developed countries around the world with the goal of creating a universal healthcare plan that can economically and sustainably support everyone.

Although most physicians don’t enter the profession for the money, altruism is inconsistent with economic rationality. People typically behave altruistically because they get some benefit, or utility, from doing so.4 Very few would consider investing staggering amounts of money, energy, and time in order to become a physician who works for free or even a marginal return. In order for the supply of the resource (in this case the physician) to remain sufficient to meet the demands of the healthcare system, the basic rule of rational economic decision-making applies. The marginal utility received (revenue, satisfaction, lifestyle, etc.) from delivering these services must exceed the marginal cost of becoming and remaining a physician. 5

Physicians are considered one of the highest paid professions coming in closely behind investment bankers and entrepreneurs. But like investment bankers this appearance can be grossly misleading. When factoring in the “real cost” associated with becoming a physician; coupled with the utility (revenue and job satisfaction) returned, a very different picture emerges. Real costs include the exertions of all the different kinds of labor that are directly or indirectly involved in making it, together with the time required waiting for saving the capital used in making it.6 This includes the direct cost of education, the lost opportunity costs associated with the time spent in medical school and residency without offsetting revenue, non reimbursed labor costs associated with educational training coupled with reimbursed labor by the hour as a physician who typically expends quite a bit more than a 40 hour work week.

Breaking these costs down into an easy to understand wage per hour summary will give a better understanding of earnings of physicians as compared to other professionals. Multiple studies exist attempting to compare actual realized physician earned dollars/hour with other professions. One wildly liberal comparison showed physicians making about 0.03 cents more per hour then teachers when all factors were considered.7 Although this study was fundamentally flawed due to its vast overestimation of total number of hours worked over a lifetime, it does bring attention and focus to the simple fundamental truth that physicians invest large sums of money, and return considerably more labor than the standard 40 hour week while sacrificing vast opportunity costs before earning a cent. Physicians don’t typically work according to a time clock. Working weekends, and nights and holidays is a common occurrence and many of these hours are not reimbursable as they are spent performing administrative duties, traveling to multiple sites, or simply waiting on procedures or patients to be transferred to the operating room.

The following is a realistic comparison of two professionals’ salaries and average wage/hour estimates projected over a lifetime with retirement set at 65 years of age. Tom and Mary are the same age. Tom decides to become a physician anesthesiologist and Mary chooses to become a nurse. They both begin school at the same time and each will have 43 years to work toward their lifetime-realized income.

They both attend undergraduate school together and each receives Bachelor of Science degrees in chemistry and nursing respectively. Since they both have equitable college loans from undergraduate studies, the comparison will begin as their paths diverge. For ease of comparison, no adjustments have been made to these numbers for cost of living or taxes withheld for either party.

Following graduation, Mary works as a registered nurse and averages 40 hours a week. The Bureau of Labor Statistics states she will be paid a yearly mean salary of $75,510.00 for 2,080 hours of work /year.8 Upon Mary’s 65 birthday she will have accumulated a lifetime total of 89,440 hours worked and a gross lifetime wage earnings of $3,246,930.00 which equates to an average hourly wage of $36.30.

Message in a Minute