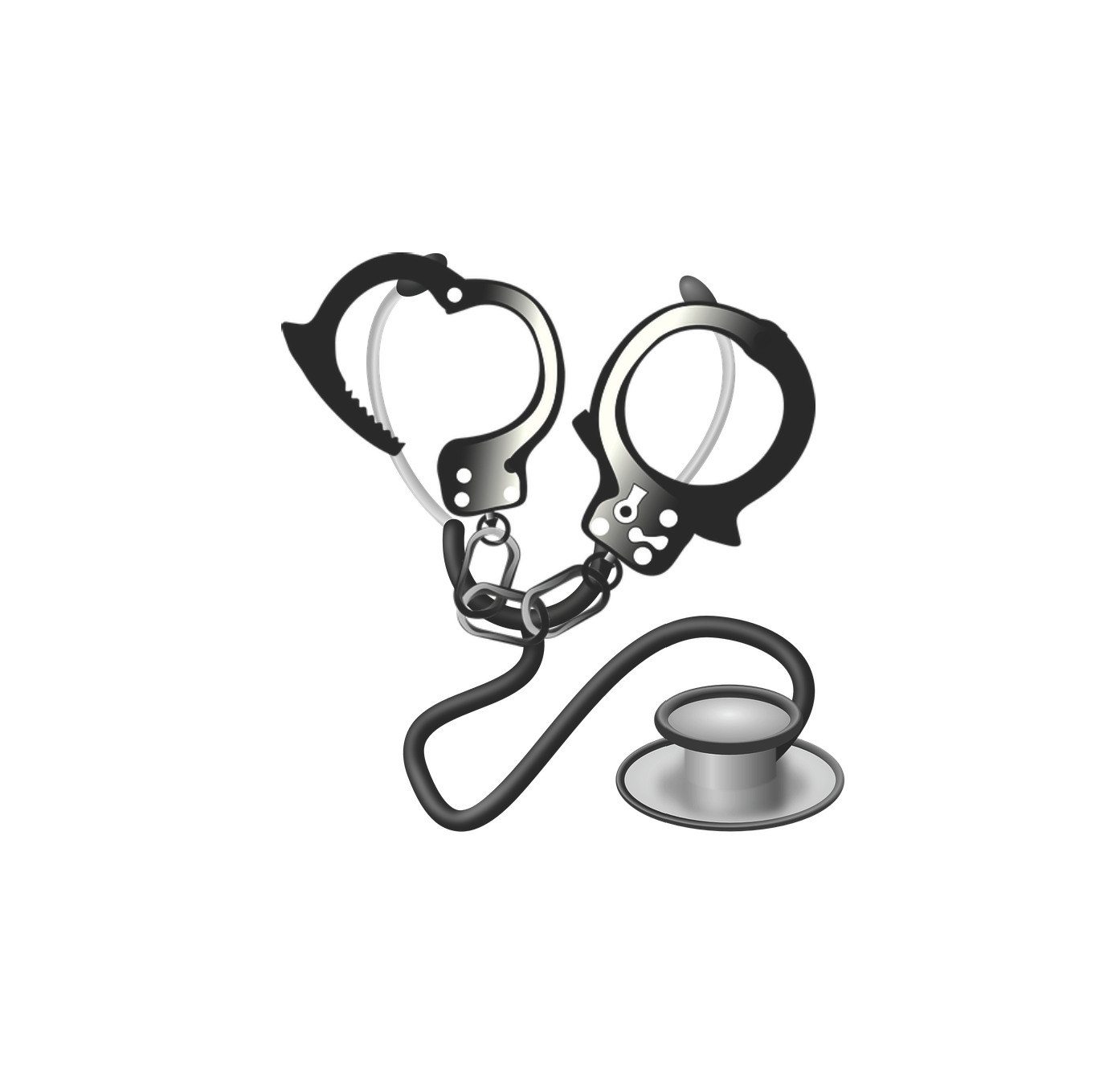 There is a growing trend towards prosecuting healthcare providers in the criminal court system for errors and mistakes. Although there are many published articles written both in support and opposition of this practice, there is a compelling argument to be made for eliminating it.  Criminally prosecuting healthcare providers for medical errors in our existing environment should at least be refined or eliminated entirely. This statement is supported in part by the fact that systems errors are becoming more and more prevalent throughout the nation and through the recognition that the criminal court system is not set up or equipped to reliably judge healthcare providers fairly by using the current methods employed. Both of these reasons are more fully explained in the arguments outlined below.  These arguments are followed by a brief description of an alternate solution.

Argument I.  Medication Errors and the Prevalence of System Wide Failures

A 1999 report, Hendee, W.R. (2001) entitled To Err is Human by the Institute of Medicine reported that medical errors are usually the result of system wide failures. Since that report, Mitchell, I., Schuster, A., Smith, K., Pronovost, P., & Wu, A. (2015) published the National Patient Safety Forum (NPSF) report that states in part that despite some improvement in patient safety in the United States,  the pace and scale of improvement has been disappointingly slow and limited and that much work is needed to be done to improve patient safety. These reports are lending credibility to the concept that many medication errors are unlikely to be attributable to a single provider. Yet single providers are being held individually responsible when criminally prosecuted.

When medical errors and mistakes happen, it is oftentimes a combination of individual and system wide failures. The question must be asked, “Did the error happen due to a failure of one individual or were there flawed processes in place that contributed or caused the failure of the individual?  Examples would include technical issues with medication bar coding software, or staffing issues that forced the individual to work in an unaccustomed environment.  In these instances, “was the behavior of the individual flawed or was the environment responsible for altering the behavior to create this flaw?”

A few examples of these system-wide failures are summarized by Cady, R. F. Esq., RNC, BSN, JD, CPHRM, (2009) in her journal publication entitled Criminal Prosecution for Nursing Errors.  She lists two distinct cases involving criminal proceedings brought against nurses who administered medication errors leading to a patient death. Case #1 (Kowalski K, Horner M. 1998) describes an incident where three nurses with excellent qualification and experience were working in the delivery/mother/baby floor in which an order for penicillin was prescribed for a newborn.  The medication was filled by the pharmacy in a concentration more than 10X the dose prescribed and when the nurses received it; she noticed only the high volume of medication (2.5 ccs) and thought this volume too high for a single IM injection.  She did not consider the concentration might be wrong.  So rather than give 4-5 injections IM, she and the other nurses consulted reputable outside references that showed it could be given IV.  The baby arrested within three minutes of administration due to the inaccurately prepared dose.

Case #2, (Treleven E. 2006) involves a nurse who accidentally mistook one patient’s epidural IV piggyback medication for another patient’s antibiotics, which were commonly put in similar small IV bags.  The administration of epidural medications by the IV route resulted in a fatal IV infusion of epidural medication.   The patient seized, the baby was successfully delivered, but the mother died.  This error occurred around the time the nurse was coming off two back-to back shifts and in the middle of her third, after having slept at the hospital eight hours between the second and third shift.  The hospital had been desperate for help and pleaded with her to take the extra shifts, which she had.  In addition to fatigue, the machine used to scan bar codes to ensure the right patient received the right drug was acting up and malfunctioning and nurse managers had openly encouraged “workarounds” until it could be fixed.  Both cases involved criminal charges due to medication errors that led to a patient death.  Both cases, although presenting with completely different circumstances, had many striking similarities:

Argument 2:  The Criminal Court System is Not Set Up or Equipped to Offer Fair Judgment.

Too often the criminal court system makes a criminal charge that inherently involves “intent” such as gross negligence without fully taking into consideration whether or not “intent” was a factor in the action committed/ omitted or if the action, was an unfortunate mistake.  In the recent Tennessee Case (Lallo, C., 2019) involving a nurse who had committed a medication error leading to a patient death by mistaking a paralytic medication for a sedative, the nurse has been indicted for reckless homicide, in violation of Tenn. Code Ann.§ 39-13-215, a Class D felony. The nurse was also indicted for “knowing physical abuse or gross neglect of an impaired adult in violation of Tenn. Code Ann. § 71-6-119, a Class C felony.”

Reckless Homicide is defined by Tennessee Statute as:

(a) a reckless killing of another.

(b) Reckless homicide is a Class D felony.

(a) It is an offense for any person to knowingly, other than by accidental means, abuse, neglect or exploit any adult within the meaning of this part.

It should be blatantly obvious to everyone; the nurse carried no intent to knowingly cause the patient harm.

The National Council of State Boards of Nursing (NCSBN) does not agree with that definition of reckless and say that, “[an error is considered “reckless” when a nurse consciously takes a “substantial or unjustifiable risk].”   The NCBSN elaborates, that although these errors do substantiate disciplinary action, supervision and penalties, it is not something that should be referred for criminal prosecution unless there was a deliberate attempt or conscious intent to do harm. (Sofer, D. 2019). The distinction being made between the NCSBN and the criminal courts is twofold and shows that NCSBN believes: the definition of “reckless” includes a consciousness of action that forces a consideration of “intent” and, differing from many states’ definitions of “recklessness” which typically state that the person was either aware of the risk or any reasonable person would have been aware of the risk and chose to ignore it, and the second difference is that the determination of intent to do harm must be present before criminal prosecution can be considered. These two considerations are the two main points in which the two sides have difficulty reconciling.

Edie Brous, a nurse attorney and contributing editor for The American Journal of Nursing (AJN)  (Sofer, D. 2019) believes that “reckless behavior” should always be fully investigated in order to determine whether the behavior was a ‘reckless’ workaround or a reflection of systemic errors.

“In either case, Edie Brous states, “I don’t believe a prosecutor has the requisite knowledge to understand what constitutes ‘recklessness’ in clinical practice. Practice breakdowns occur for many reasons and a just culture analysis requires a full root-cause analysis that looks at all contributing factors and distinguishes among human error, at-risk behavior, and reckless behavior.” (Sofer, D., 2019 pg. 12).

In addition to these concerns, there are also serious problems within the criminal court system when instructing a jury on how to determine whether or not the behavior of the defendant meets the definition of the crime, due to the very “vagueness” of the words describing the conditions necessary to result in the crime.  Quick, O., 2011 describe this by summarizing the points made in the case R v. Misra, Srivastava [2004] in regard to whether the elements of gross negligence manslaughter were sufficiently certain as follows,

“Vague laws which purport to create criminal liability are undesirable, and in extreme cases, where it occurs, their very vagueness may make it impossible to identify the conduct which is prohibited by a criminal sanction. If the court is forced to guess at the ingredients of a purported crime any conviction for it would be unsafe”.

There are many law publications that attempt to describe the means with which judges can administer easy to understand instructions to juries in order to help them determine whether or not the conditions of the action meet the requirements as defined in the law.  If it is necessary for entire publications to be made because it is this vague, and this difficult to instruct a jury on the means of interpreting whether or not a crime has been committed, it follows that our criminal court system is not a reliable and just environment for this to be carried out.

Legislatively extending the jurisdiction of Nurses’ Boards to explicitly allow broad authority to investigate and render judgments for all matters pertaining to allegations of professional wrongdoing leading to severe injury or death of a patient would be a positive step towards resolving issues where nurses fall victim to inherent system errors contributing to their mistakes, (Bryant, R. 2004).  If criminal proceedings are to be considered, the healthcare provider must be allowed proceedings where they are afforded a fair and just investigation of the facts.  This type of investigation can only transpire if authority is given to the Board of Nursing.  Due to the complex nature of the healthcare profession and a known systems wide history of medication errors across the nation in which the nurse is forced to closely interact on an ongoing basis, the criminal justice system is just not adequately set up or equipped to make these sort of life-altering judgments with any reliance the prosecution and jury will have the necessary faculties to grasp the professional vagaries encountered daily when providing healthcare services.

(a) It is an offense for any person to knowingly, other than by accidental means, abuse, neglect or exploit any adult within the meaning of this part.

CRNA Reimbursement Rates- How well do you fare?
Scroll to top